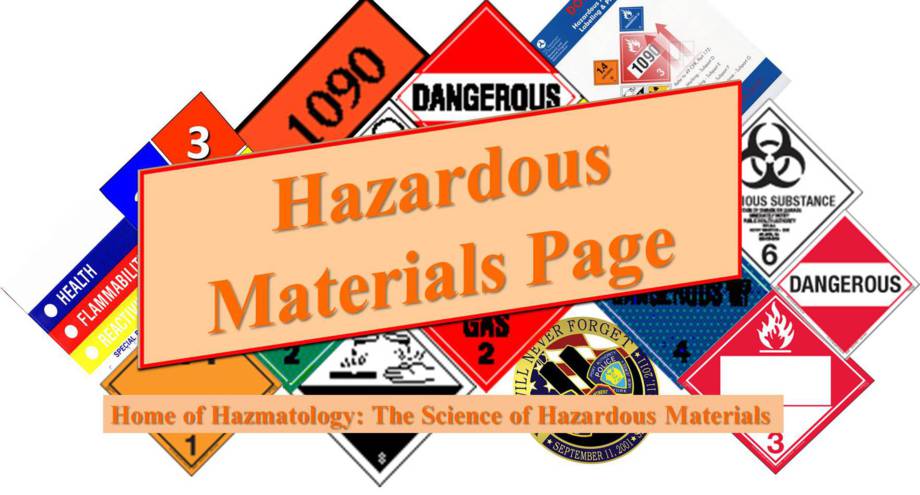 Home of Hazmatology: The Science of Hazardous Materials 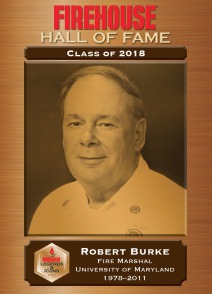 Hazardous Materials and Terrorist Agents including Chemical, Biological, Nuclear and Explosive materials are all similiar in the way in which they should be handled.  Those responders who are trained and equipped to respond to hazardous materials releases can also effectively respond to terrorist incidents with some additional training.  My friend Gene Ryan, former hazmat responder and Deputy Commissioner of Operations in the Chicago Fire Department, once said "Terrorist agents are hazardous materials with attitude".

All books and training programs on this site were authored and designed by Robert Burke.  They are intended to provide emergency responders with the training to deal effectively with hazardous materials and provide the additional training needed to respond to terrorist incidents.

Robert Burke earned an A.A. in Fire Protection Technology from Catonsville Community College Baltimore County, Maryland and a B.S. in Fire Science from the University of Maryland. He has also completed graduate work at the University of Baltimore in Public Administration.  He has attended numerous classes at the National Fire Academy in Emmitsburg, Maryland and additional classes on firefighting, hazardous materials and Weapons of Mass Destruction at Oklahoma State University, Maryland Fire and Rescue Institute, Texas A & M University, College Station, Texas, the Center for Domestic Preparedness in Anniston, Alabama and others.

Mr. Burke has over 40 years experience in the emergency services as a career and volunteer firefighter, reaching the ranks of Firefighter/EMT,  Lieutenant, assistant fire chief, and deputy state fire marshal and Fire Marshal.   He is currently a member of the Heartland LEPC covering SE Nebraska and has provided and manages a hazardous materials display at the Nebraska Fire Museum in Kearney.

Served as an adjunct instructor at the National Fire Academy in Emmitsburg, Maryland for Hazardous Materials, Weapons of Mass Destruction and Fire Protection curriculums for 30 years and the Community College of Baltimore County, Catonsville Campus. He has had articles published in various fire service trade magazines for the past 34 years. Mr. Burke is currently a contributing editor for Firehouse Magazine, with a bimonthly column titled “Hazmatology” and he has had numerous articles published in Firehouse, Fire Chief, Fire Engineering and Nebraska Smoke Eater magazines.  He was inducted into the Firehouse Hall of Fame in Nashville, TN October 2018. for his contributions to the American Fire Service and Firehouse Magazine.  Mr. Burke has also been recognized as a subject matter specialist for hazardous materials and been interviewed by newspapers, radio and television about incidents that have occurred in local communities including Fox Television in New York City live during a tank farm fire on Staten Island.

Under development is a five volume set with the Title of Hazmatology: The Science of Hazardous Materials.  Volume 1 is  Chronicles of Incidents and Response.  Volume 2  Standard of Care and Hazmat Planning.  Volume 3 Applied Chemistry and Physics.  Volumn 4 Common Sense Emergency Response.  Volume 5 Hazmat Team Spotlight.  Expected to be published in January 2020.  Information about books can be found in the book section of this website.

Get Social with Us